Agreed to meet up together on a Saturday for the release of her latest T-shirt with the words, Sex Sells in the middle of the hub we call Penn Street. Smacked in the center of the block between the historical location where Mcdonald’s used to sit on the corner of 5th street, but also the amazing seafood spot we call the Ugly Oysters. I arrived with my mother-in-law who was there for moral support and Danielle wasn’t there yet. I decided to take some video clips for my youtube channel and take a look around the shop where the porn video was recorded. The layout was designed as a store, with an obviously limited budget. It showcased a wide variety of clothing unknown to those we wouldn’t see at the Berkshire Mall. Prices ranging from low to high as well as other items besides clothing.

Just like a celebrity, Danielle arrives 15 minutes after the scheduled time. Knowing a bit of history about Danielle from my own upbringing. Her family was deeply involved in the local churches and her father was a well-respected man who was employed by the Reading School District as well as had a hand in the community working with the youth. As shocking as it may be to the community, it was just as surprising as I had grown up with Danielle.

Danielle also felt it was a great way to have a conversation with our young girls about our sexuality as well as teaching our young girls that the sex industry isn’t something to chastise another woman for doing it. Hood felt she was slut-shamed after the video was discovered more than she ever had hanging out with just the guys. Not understanding what a cheaply made 3 minute home video on oral sex was all the hype about. Jokingly mentioning that .“..it had nothing to do with bundles of weave or $40,” which ironically what the video was titled.

I went straight to the next question, “Why did you do it?” She rolled her eyes, “Girl! Tommy ain’t have no job!” I couldn’t help but laugh as if you aren’t familiar with the reference to “Martin” where the character Tommy always claims he has a job, but really, he doesn’t. But for Danielle, this was an opportunity to make money as well as build her own career whether it be on tv or social media. In shorter terms, it was for clout or in her words, “It was a career move.”

Choosing to capitalize on the movement and buzz in the city, Danielle chose to create a T-shirt line with the words Sex Sell, do interviews, take pictures when people ask, and host events. With no plans for the future for what’s in store for her career in the sex industry as well as her position at the store, called At Da Spot. “I don’t even work here! I do now!” With both of us laughing and saying she is just going to go wherever life takes her. Ending the interview with an outro for my youtube channel. 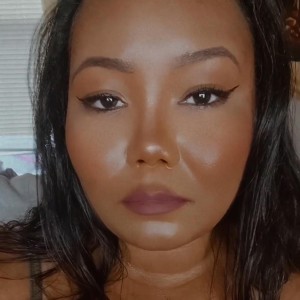 Failing as a Parent: Getting Back on My Self Healing Journey

Amazon Finds You Can Get With Food Stamps

Top 10 Goals for the Fall Season

This site uses Akismet to reduce spam. Learn how your comment data is processed.